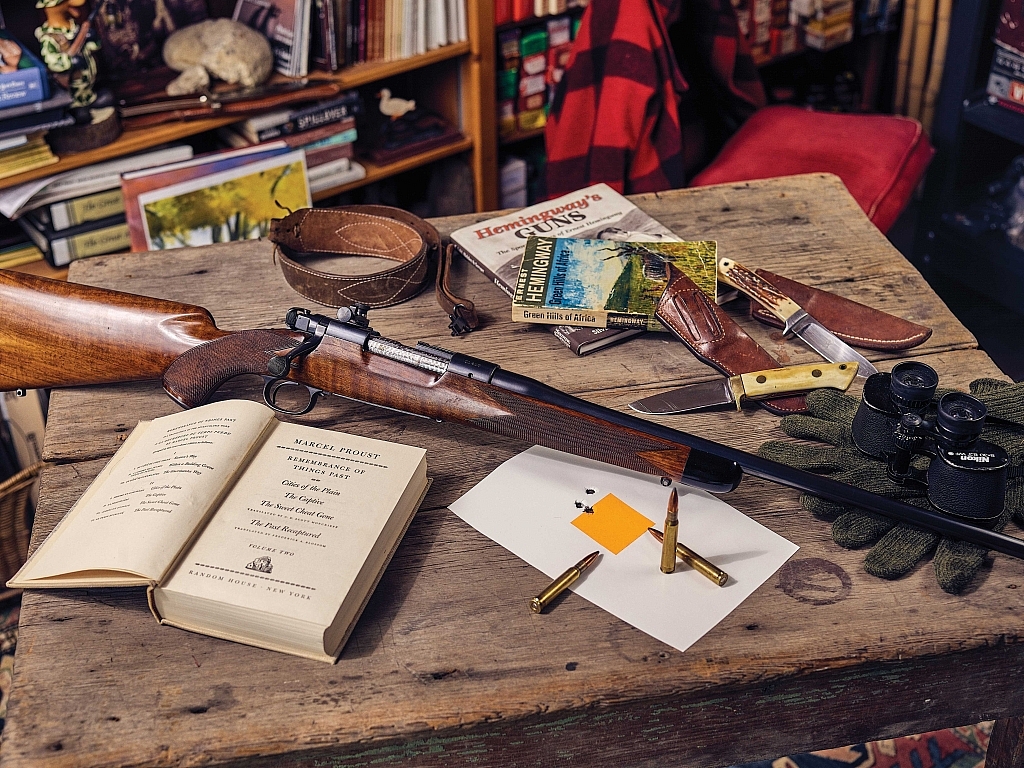 FROM PROUST’S MASTERWORK to the ruins of Ozymandias, time will have its way. The kid, far less talented than Proust and much less ambitious than the desert king, embraces the wisdom of time’s passage quietly in the coolness of his darkened room. One night not so long ago, he glanced at the bedside clock. Proust resented clocks as hateful reminders of past glories now gone, referring in one passage to “the insolent indifference of the clock that chattered on at the top of its voice as though I were not there.” The kid had no quarrel with clocks. They had helped him keep track of a life which, on the whole, had not been unkind. And in the insomniac hours when the imagination reigns most free, they still gave him ideas.

Top to bottom: An early Ruger Model 77 flatbolt; a Griffin & Howe Model 70; and the Jules La Bantchni Mauser were keystones in the author’s quest for the perfect rifle.

The clock read 3:10. Something clicked, but he couldn’t put his finger on it. Getting out of bed, he retrieved his worn copy of Proust from the high shelf and blew away the dust. He had time for a few pages before dawn, maybe long enough to let his subconscious sort out the thing he was almost remembering. He knew it was about rifles, because a new season was just around the corner and the old itch was beginning again.

Around a corner in his thoughts, the kid suddenly saw his old psychologist buddy in his basement lair chiseling unwanted wood from a rifle stock, and there it was. His friend was thinning out his collection, and in it was a beautifully restocked .270 Featherweight, vintage 1963, that the kid had long coveted.

The brainologist wasn’t an early riser, and the kid had some time to kill before calling to make his play, so he settled back with the old French insomniac who had never learned the wisdom of clocks, but who would nonetheless keep the kid company until sunrise.

Rusty Ward lives and writes in Tuscaloosa, Alabama. The kid, he reports, is finding the Internet so thick with fine rifles that he’s considering sleep aids.