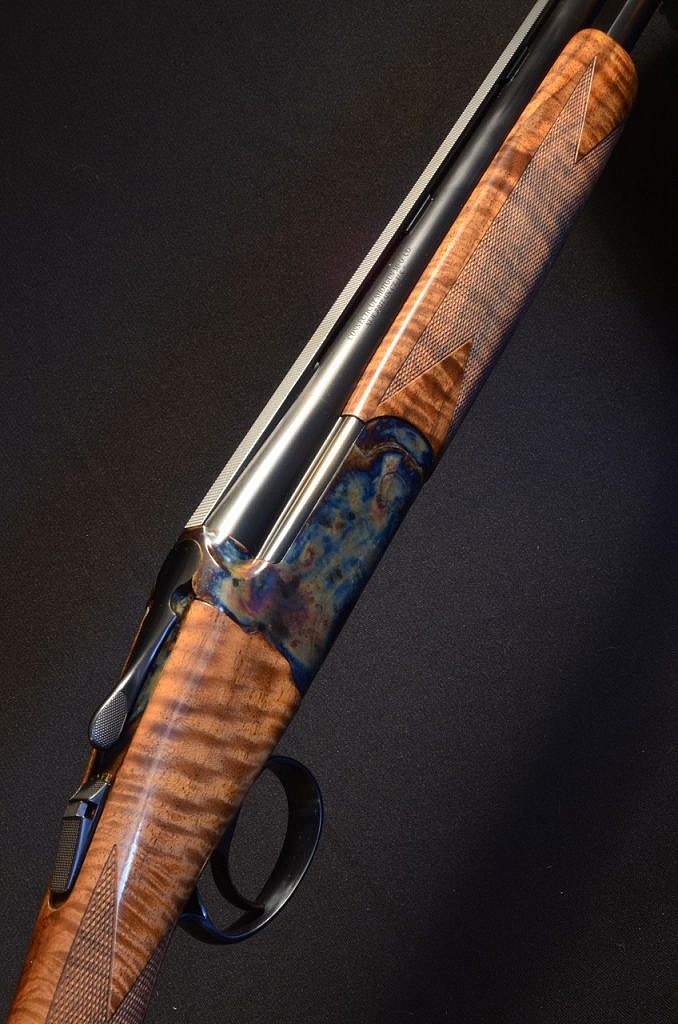 The Revelation, from Tony Galazan’s Connecticut Shotgun Manufacturing Company, shows what can be done in an affordable American-made over/under.

This week, in the course of writing an article on over/under shotguns to appear in the August, 2021, (Wingshooting) issue of Gray’s, I found myself casting back through the Gray’s Best awards since 2006.

To my considerable surprise, I found that, during that period, “Bests” were given to eight over/unders, while only two went to new side-by-sides, and those two were a long time ago (2006 and 2008).

Given that I have a strong predilection for side-by-sides, and have been accused more than once of being unforgivably biased against over/unders, the imbalance surprised even me.  The side-by-sides were the Ruger Gold Label (2006) and the Franchi Highlander, both remarkably short-lived.  In fact, the Ruger never really saw the light of day (and more on that shortly).

The sheer numbers show just how completely over/unders now dominate the new fine-gun market.  You will notice, too, that the Ruger and Franchi were both introduced during the side-by-side resurgence from 1985 to 2015 or so. Both were attempts to cash in on that trend, aimed at guys who insist on having a new gun. There are more than a few of those around.

If memory serves, the Highlander was available for a couple of years. It ran onto the rocks primarily because it made the usual (and invariably fatal) mistake of assuming that Americans want short barrels, pistol grips, single triggers, and beavertail forends, like the classic Winchester Model 21, when in fact the major interest recently was in English-style guns with straight grips, double triggers, and splinter forends.

Ruger recognized this — Bill Ruger had a fail-safe instinct for such things — and the Gold Label was one of his last ideas. He died in 2002, but the Gold Label remained in the pipeline and was unveiled around 2005.

Already, Ruger had proven that a good over/under could be made at a price anyone could afford, and its Red Label was successful throughout most of its life (1978 to 2015). It was finally discontinued because of increased competition from European makers as well as America’s premier double-gun maker, Tony Galazan’s Connecticut Shotgun Mfg. Co.

When the Gold Label was dropped, I asked Ruger executives why. Their answer was that it required too much hand fitting to be economical at the price they wanted to offer. Seeing no solution, they quietly dropped it.

When Bill Ruger conceived the idea of the Gold Label, he wanted to simulate the looks and feel of the iconic Dickson, a Scottish trigger-plate round-action that has inspired uncontrolled drooling among the brethren for more than a century.

I used a Gold Label on a hunt in Oregon, and found it offered just about everything anyone could want, from a relatively low price (reportedly $3,000+) to handling that was maybe not exactly like the Dickson, but pretty close. It was certainly a far cry from the barge-pole feel of a Stevens 311, a Browning BS/S, or even most Winchester 21s I’ve handled.

If you look at the over/unders on my “best” list, you will find a few 12 gauges, but mostly 20s and one 28. To me, the sweet spot for an over/under is either 20 or 28, which can be made with 30-inch barrels while still keeping the weight down to six pounds or a little over.

Tony Galazan offers his Revelation 20 for around $2,000, and it’s a lovely little gun. The spectacular Caesar Guerini Revenant, also a 20, runs to around $15,000. You will notice that those received back-to-back Gray’s Bests, which gives a good idea of the range of prices available in an over/under today.

Now if only Blaser would fulfill its long standing, but not quite firm, commitment to offer its superb F3 on a genuine 20-gauge frame. Hey!  A guy can dream.

Gray’s shooting editor never met a fine gun he didn’t like. Although old side-by-sides outnumber new over/unders in his stable by about ten to one, he is always open to persuasion.