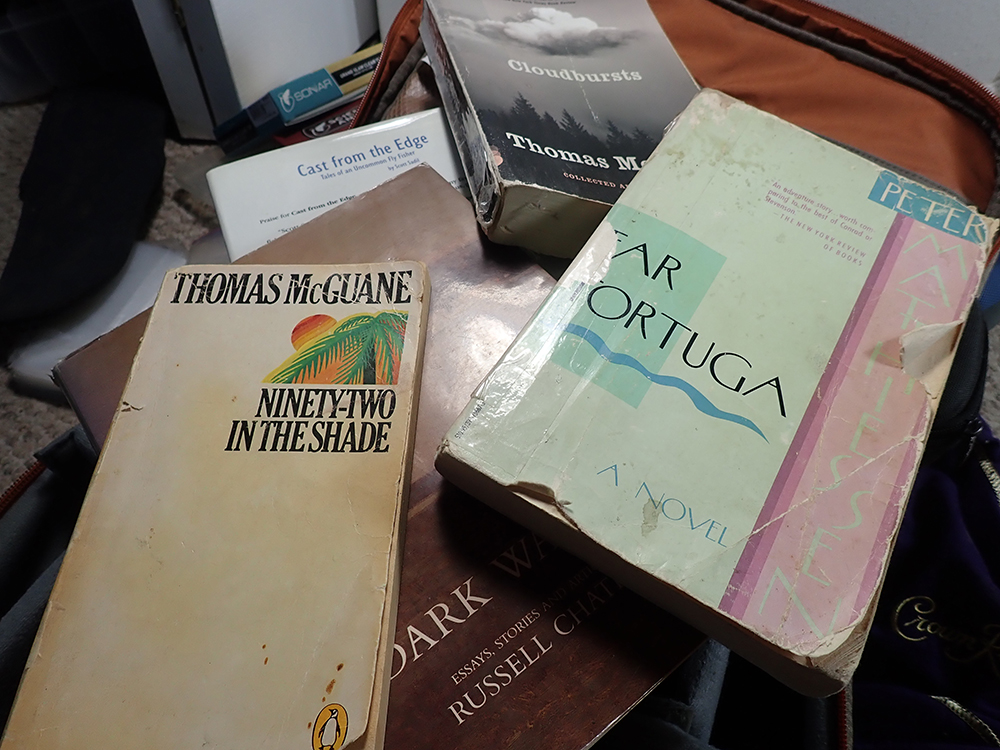 I was amused recently to read a piece from the National Review, shared with me by my esteemed colleague, Terry Wieland, our shooting editor here at Gray’s, in which the writer suggests that the National Council of Teachers of English (NCTE) has proclaimed opposition to teachers teaching students how to read.

Don’t teach reading? Sounds exactly like something I would have said during my twenty-year career as an English teacher in a public high school.

Each year on the first day of instruction in sophomore English I’d go to the white board and, with my newly-issued Dry Erase marker, write the number 3. Not the word, the numeral. Then I’d turn to the class and ask if there was anyone who didn’t know the meaning of what I had just written. Nobody ever raised his or her hand.

They all knew how to write and think, as well.  Of course, there was a lot of room for improvement. That’s why I had a job.

I had to make copies, illegally, of the first book I often assigned to my sophomores, The Land I Lost, Quang Nhuon Huynh’s collection of hunting and fishing stories set in the jungles of Vietnam before the country was despoiled by war.

Part of my motivation for handing out copies of the stories, rather than trying to wangle a class set of books, was so that students would have less chance of noticing that the reading level was well beneath their grade level. But because the stories were compelling, especially for boys living in a similar rural community, and the reading, for most students, was easy, everyone, from what I could tell, read the entire book.

We were on our way.

In our sophomore textbook was a story by W.D. Wetherell, “The Bass, the River, and Sheila Mant.” This is the same “Walter” Wetherell who wrote a story in the most recent fly fishing issue of Gray’s.(Full disclosure:  Wetherell also composed a flattering blurb for my novel, Cast from the Edge.) In the textbook story, the narrator, a young bass fisherman, falls for a snooty girl who looks down on the sport of fishing. On the night of the big dance, the boy picks up the girl in his canoe; since he’s on the river, he also dangles a lure in the water. Of course, he hooks a big bass. But because he doesn’t want the girl, soon to dump him, to notice he’s fighting a fish rather than paying attention to her, he intentionally breaks off the bass – the fish, perhaps, of a lifetime.

Spirited essays always followed in response to the question: Should he have landed the fish or let it go?

Shakespeare, of course, intimidated most students, even my advanced, or honors, juniors. Every year they had to struggle through a single, tiresome play. My strategy? We’d read three in a row. Once, while reading the third, The Merchant of Venice, a kid came up to me and said this play was really easy to understand; he could follow it perfectly. Is that why I chose it last?

The one year I decided we would tackle Ken Kesey’s Oregon logging epic, Sometimes a Great Notion, I told the kids it would take us most of the year to get in shape to read a novel like that. Were they up for it? “You have to be fit,” I told them. “You don’t get through it trying to read in bed before going to sleep – or while dinking around with your phone and checking social media.” I pushed them. Grapes of Wrath. Conrad’s Typhoon. As I Lay Dying. On the Road. One Flew Over the Cuckoo’s Nest.

Naturally, I had to quiz them every class to make sure they were reading; once we started SGN, I’d give them a list of quotations they had to attribute to different characters and the shifting point of view. But near the end, when they see, again, the severed arm of Hank Stamper’s father dangling from the flag pole, the fingers on the hand folded just so, my students were pretty happy they had hitched a ride on that good long wave.

One particular favorite for both me and my advanced students was Russell Banks’s novella-length story “The Fisherman,” originally from his collection, Trailerpark. My older students, that is, because there’s drinking and maybe even pot-smoking in the story; as a teacher, let me tell you, in a public high school, you had better be careful. Merle, the protagonist, just likes to ice fish each winter. And drink. But this year he wins the lottery. Then he wins the grand prize. The folks in the trailer park go nuts thinking about him out there on the ice, with all that money, just fishing and drinking. Why doesn’t he do something with the dough? Why doesn’t he use it in some way that will benefit them?

Please support your thesis with evidence from the text.

From my own piscatory library, I liked to share Peter Matthiessen’s Far Tortuga, McGuane’s Ninety-Two in the Shade, and for the real fish-hungry kids, Russell Chatham’s Dark Waters or Angler’s Coast, anything by Roderick Haig-Brown or my pal John Gierach. Out of the classroom, however, I’m always cautious about suggesting books. I remember sitting at an author’s table at some sort of outdoor show. A guy had me sign a book of mine he had just bought, then he asked what I liked to read. I mentioned McGuane’s collection, The Longest Silence, which had just come out. The guy sort of shook his head.

“I tried reading that,” he said. “Too many big words.”

An ex-student of mine? After all, I never taught them to read.

Gray’s Angling Editor Scott Sadil threw away his last Kindle when it, like two others before it, started skipping pages, this time while he was trying to read Tom McGuane’s story collection, Cloudbursts, hanging from an anchor somewhere in Magdalena Bay.