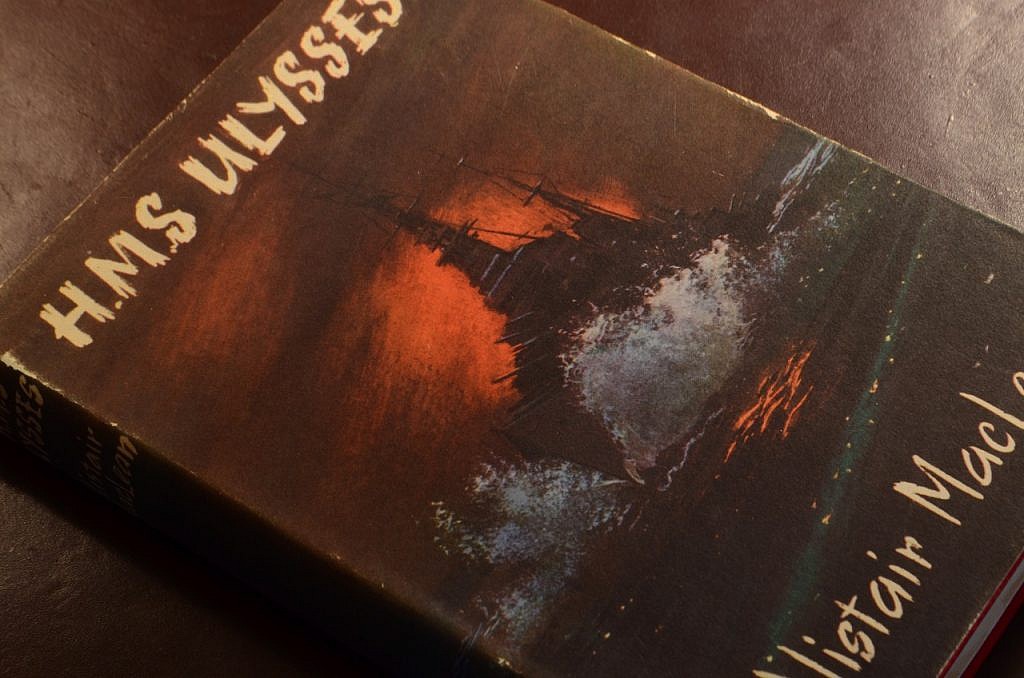 "HMS Ulysses," a novel by Alistair MacLean, was published in 1955. It gives a vivid and detailed — if horrifying — picture of the Murmansk Convoys.

In 1999, deep into writing my biography of Robert Ruark (A View From A Tall Hill — Robert Ruark in Africa) I found myself immersed in the history of the Murmansk Convoys. These were the Anglo-American shipments of war materiel to Russia, up past Iceland and around the North Cape to the arctic port of Murmansk.

Ruark was an officer in the U.S. Navy, and his first assignment in 1942 was to command a unit of the Armed Guard (a.k.a., “fish food”). These were handfuls of naval personnel posted on merchant ships on the arctic run to man the anti-aircraft guns.

The Murmansk Convoys were, in the dark days of 1942-43, the very worst assignment any man or ship could be given. Life expectancy was slim, conditions were abominable; the North Atlantic teemed with wolf packs of German U-boats; if you reached the North Cape, you faced Luftwaffe attacks and the threat of the huge battleship Tirpitz, lurking at Alta Fjord.

The convoys ran during the winter because the summer conditions of calmer seas and 24-hour daylight favored the attackers; the arctic winters — gales, mountainous seas, blizzards, and sub-zero temperatures certainly hampered the subs and bombers, but added more hazards to an already long list.

For those who are interested, Alistair MacLean’s 1955 novel, HMS Ulysses, is the best account I’ve read of these convoys and what they represented. It’s not a happy tale: Of the 36 ships that left Iceland in convoy FR77— freighters, tankers, and escorts — only five made it to Murmansk, and the Ulysses was not one of them.

In the novel, MacLean takes great pains to depict life on a Royal Navy cruiser in the 1940s. One aspect that stands out is the attention given to damage control, and fire control measures. Every sailor aboard the Ulysses was trained, in addition to his specialty (torpedoman, signaller, etc.) as a firefighter. This is not surprising, since a fire at sea has been the great fear of seaman since…well, forever. It was terrifying during the days of wooden hulls and black powder, but is no less dangerous in an era of ironclads and fuel oil, to say nothing of modern munitions.

All of which brings me to the intriguing subject of the Russian heavy cruiser Moskva, now resident on the seabed of the Black Sea, courtesy of two missiles fired by Ukrainian shore defences.

It’s difficult to decide which is the more fascinating — the laughable Russian lies about the event, or the willingness of the Western media to swallow them. So let’s start with some basic facts about naval ships, which any journalist should take the trouble to find out before either pounding out a dispatch or interviewing a genuine expert.

A prime objective of any naval vessel — after the obvious requirements of simply staying afloat and carrying suitable armament — is to (a) prevent fires in the first place, and (b), contain any fire that does breaks out, and (c), keep any fire far away from the magazine where munitions are stored. According to the Kremlin, a fire broke out (origin unknown) near the Moskva’s magazine, caused an explosion, disabled the ship, and it later sank in heavy seas while being towed to port.

Western journalists, bending over backwards not to accept Ukrainian claims at face value, and intent on giving Vladimir Putin’s absurd statements equal credence, reported that a fire had broken out and the crew had “been evacuated.” What they actually did was abandon ship, whether by order of the captain or in the spirit of every man for himself.  Given the performance of Russian troops elsewhere, I suspect the latter.

The fire story just doesn’t hold up, unless you accept the idea that this modern, state of the art cruiser was poorly designed and manned by incompetents who did not know how to use fire-fighting equipment.

While described as a cruiser, the Moskva was a bit more. Armed with missiles and with a displacement of 12,000 tonnes, she was more than twice the tonnage of the Ulysses and slightly larger than the Argentine heavy cruiser General Belgrano (née USS Phoenix), which was sunk by the Royal Navy during the Falklands War. By the modern definition, the Moskva qualified as a “capital ship,” a term formerly reserved for battleships and fleet aircraft carriers.

The Moskva had two things in common with the fictional Ulysses: both were flagships of larger formations (the Russian Black Sea Fleet and the 14th Aircraft Carrier Squadron, respectively) and both provided cover (radar, asdic, air defence systems, and so on) for the other ships.

One of my favorite moments in the mis-coverage of the event by NPR was when, in inimitable NPR amateurish more-sensitive-than-thou tones, an interviewer asked “What is a flagship?” The answer, from a supposed naval expert, might have been offered to a kindergarten class: “It’s the ship where signal flags are flown.”

Well, actually, it’s a bit more than that, since every naval vessel flies signal flags of one sort or another.

The flagship is home to the admiral who commands the formation. Admirals are called “flag officers” because, by flying the admiral’s flag, the Ulysses indicated to all and sundry that this was the command ship for the convoy. If an admiral changed ships for whatever reason, he took his flag with him and hoisted it on the new ship. Hence “flagship.”

This practice dates to long before Nelson, and continues because it’s useful even in an age of cell phones and spy satellites.

My favorite quote from this circus of coverage was a retired officer who cautiously opined, “Actually, I’ve never heard of any capital ship sinking just because of a fire…”

Although Robert Ruark’s time in the navy, and especially the Murmansk Convoys, was one of the most important periods in his life, it’s not widely known because he never wrote about it.  He mentions his war experiences twice — in his last novel, The Honey Badger, and briefly in his account of his first safari, Horn of the Hunter — but neither gets into the guts of what it was like, on the lonely bridge of a tanker filled with aviation fuel, coated in ice, battling huge waves, whipped by sleet, watching for torpedo wakes and listening for Heinkels and Stukas, in the icy terror of an arctic night that never ends.

Like most veterans of such events, Ruark was reticent because no one who was not there could ever, possibly, understand. His refusal to write about something so important is a regrettable gap in his considerable literary legacy.

By coincidence, Gray’s Shooting Editor Terry Wieland re-read HMS Ulysses a week before the sinking of the Moskva. He does it every few years to remind him how well off we really are today, and how much we owe to people like Robert Ruark.