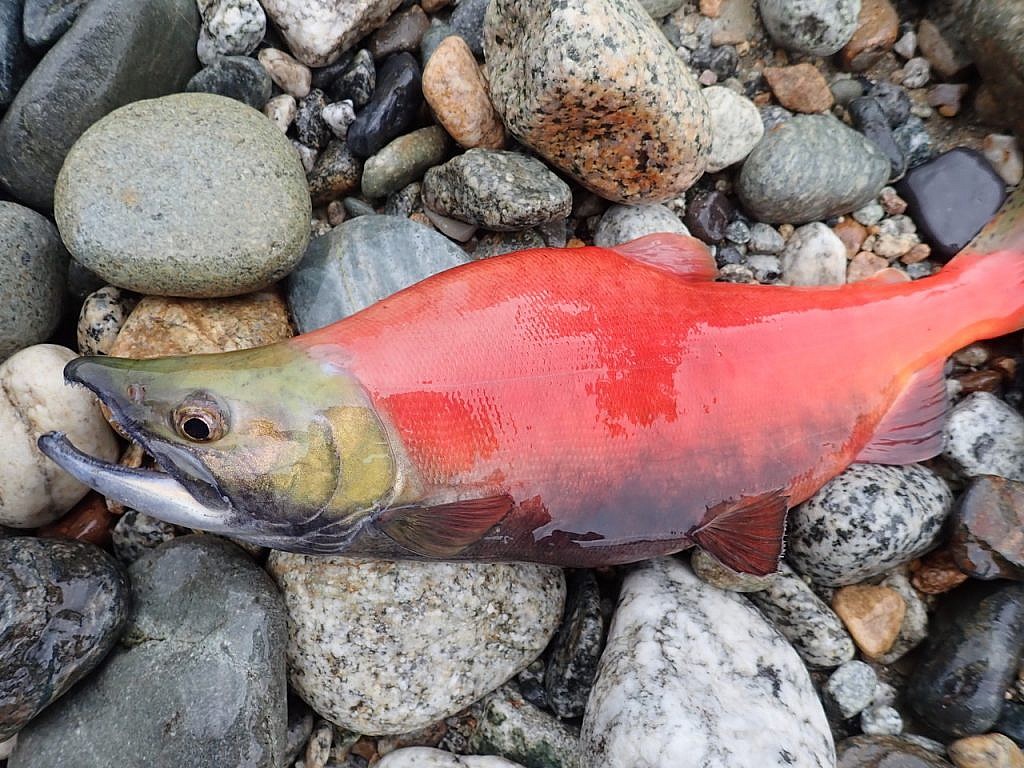 If you’re out and about this fall in the American West, don’t be surprised if you stumble upon a run of kokanee salmon, an odd little fish that speaks to the two great tropes, introduction and extirpation, that, intentionally or not, characterize so much of the work done by regional fisheries managers throughout the range of their determined efforts.

Kokanee, in case you aren’t aware of them, are simply landlocked sockeye salmon, that prolific and delectable anadromous species (Oncorhyncus nerka) made famous as table fare from British Columbia’s Fraser River, the Copper River in Alaska, Alaska’s Bristol Bay, and just about all points in between.  These fabulous runs of sockeye gave rise to kokanee “over evolutionary timeframes,” as one writer puts it, “as a result of isolation or pressures related to lake productivity.”

By most estimates, these endemic populations of isolated sockeye — today’s kokanee — occurred in large part during the 2,000 years of periodic cataclysmic upheaval caused by the Missoula floods, when ice dams forming Lake Missoula were repeatedly breached, sending all but unimaginable torrents raging through the Columbia Basin and out into the Pacific, transforming entire landscapes along the way.

Still, until the start of the twentieth century, there were relatively few Northwest lakes and their connected watersheds known to hold populations of kokanee, these landlocked salmon that, on adapting to migratory runs in and out of lakes rather than to and from the sea, were measured in inches rather than pounds.

The range of these little salmon changed dramatically, however, once Western fisheries managers went to work.

And the results of these and other efforts to presumably supplement native fisheries show us the risks we take when we begin introducing “improvements” into a coherent web of intimately balanced parts.

With so many examples of what can go wrong when new and/or hatchery-reared species are dumped into an existing native ecosystem, it’s hard to know which one to choose.  Needless to say, however, when you introduce the diminutive yet prolific kokanee into a system, things change – and often in profound, deleterious ways.

How about Washington’s Lake Chelan and the Stehekin River? Nestled at the foot of the northern Cascades, the watershed, isolated from the Columbia by geographical barriers, was home to a vigorous population of west-slope cutthroat and bull trout, usually referred to as Dolly Varden, plus the standard assortment of incidental native forage fish – all of this the classic suite of native species ubiquitous to the West in places without access to the sea.

“The fate of bull trout is irrevocably intertwined with introduced kokanee, which became a source of food and probably disease. Although the exact cause of the bull trout die-off may never be known with absolute certainty, the extirpation was clearly related to the management of the fisheries of Lake Chelan. From the beginning there is history of managers who acted without understanding the ecological limits inherent in an ultraoligotrophic lake and then failed to learn from the past. Instead, a constant desire to “improve” the lake resulted in actions that were short-sighted with narrow and selfish goals in mind. One historic management objective was to eliminate bull trout from Lake Chelan and in retrospect we should not be
surprised that it happened.”

On the other hand, you may be more interested in this recent hot tip for kokanee fishing near the Lake Chelan Yacht Club:  “Mack’s Lures 00 to 000 chrome scales dodgers trailed by their mini cha cha Squidders or wedding rings baited with Pautzke’s Fire Corn has gotten these mostly 12 and 13 inch fish to bite.”

Hard to beat that.