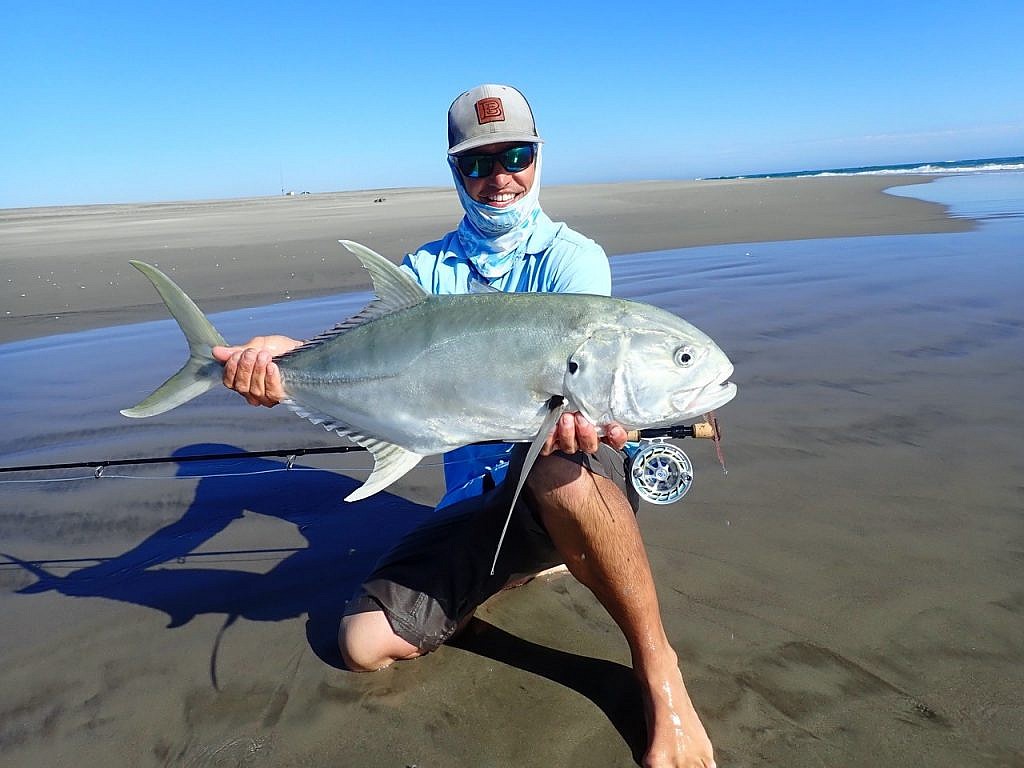 When I first met Jeff Feczko, one of those globe-trotting guides who make most of us look like weekend dilettantes, he told me about pacu fishing in the Ecuadorian reaches of the Amazon basin.

Pacu, if you’re not familiar with them, are cousins to piranha; their teeth, however, are usually described as “human-like” rather than the razor-sharp choppers we associate with horror-flick shots of bodies stripped to bone.

Anyway, the pacu were said to hang out along a far shore, feeding on a guava-like fruit that fell from trees.  There was no room to cast.  Other obstacles may have presented themselves – but by this time in the story I was already keyed forward into the inevitable.

Jeff picked up a fruit, buried his fly deep inside, stripped his entire fly line onto the ground at his feet, then pitched his offering, overhand, across the water and far back beneath the overhanging limbs.

Here, I recall thinking, is an angler after my own heart.

Jeff dropped by yesterday, back home for a short while to renew his captain’s license, register and get plates for a new 18-year-old fishing truck he just bought in Baja, and simultaneously attend to a long list of other errands that fill up a guide’s schedule in the off-season.

It’s a glamorous job I wouldn’t recommend to anyone.

Nevertheless, at the sound of a visitor’s voice from out of the Covid-isolation netherworld, I pulled my head out from my new boat and we chatted awhile.

Jeff’s old enough that he’s also begun to wonder what it means to plan – beyond the theory – for retirement.

I’m no help.  After we met last year, I decided to let him in on a good surf-fishing spot I’d found while sailing around in Madrina, my little beach yawl.

A gig like that – two guys going fishing – nobody makes any money.

It’s a business practice that’ll keep you working the rest of your life.

After days of remarkable fishing, Jeff swore to me he wouldn’t reveal the spot to anyone. Too special, he kept saying.  Besides making a living, Jeff likes to fish for wild fish in wild places that aren’t over-run with guides and clients. Professionally, that attitude no doubt costs him income. But he’s seen too many places, he says, exploited for fast profits – spots he no longer wants to visit or even return to for work.

I like to spend time with young people who have their priorities straight.

And, anyway, we agree, as Jeff climbs back into his truck, there’s still good fishing – if you know where to look – that money can’t buy.